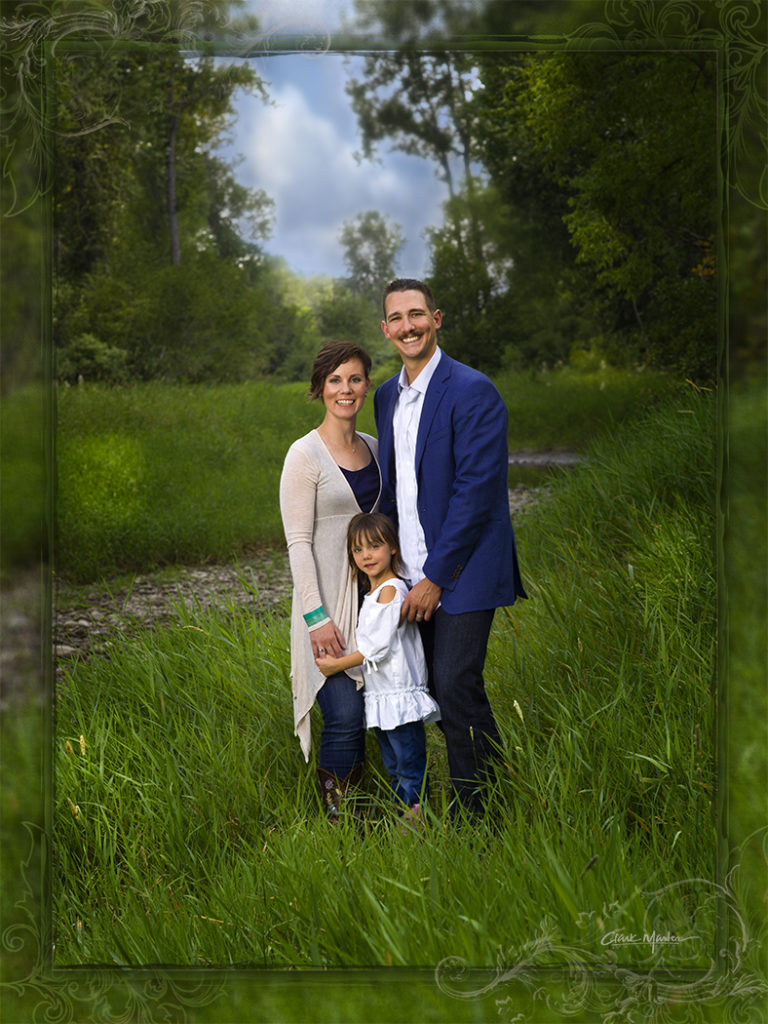 Eric, Danice, and their sweet daughter Yvonna are recent transplants from Texas, but they embody everything about true Montanans. They’re hardworking, funny, adventurous, and encouraging, even exploring the banks of the Stillwater River as we took their portraits.

In iconic t-shirts with the state’s outline, they first opted for a casual look. With sun rolling through the tall grasses, Eric and Danice squeeze around their daughter, taking just a second to cover her cheeks in kisses.

As we began to pack up, Clark turned a little farther up the river. With Eric and Danice close and their daughter standing nestled right between them, Clark captured an image that will undoubtedly be treasured for years to come, evidence of a life well lived in Big Sky Country.