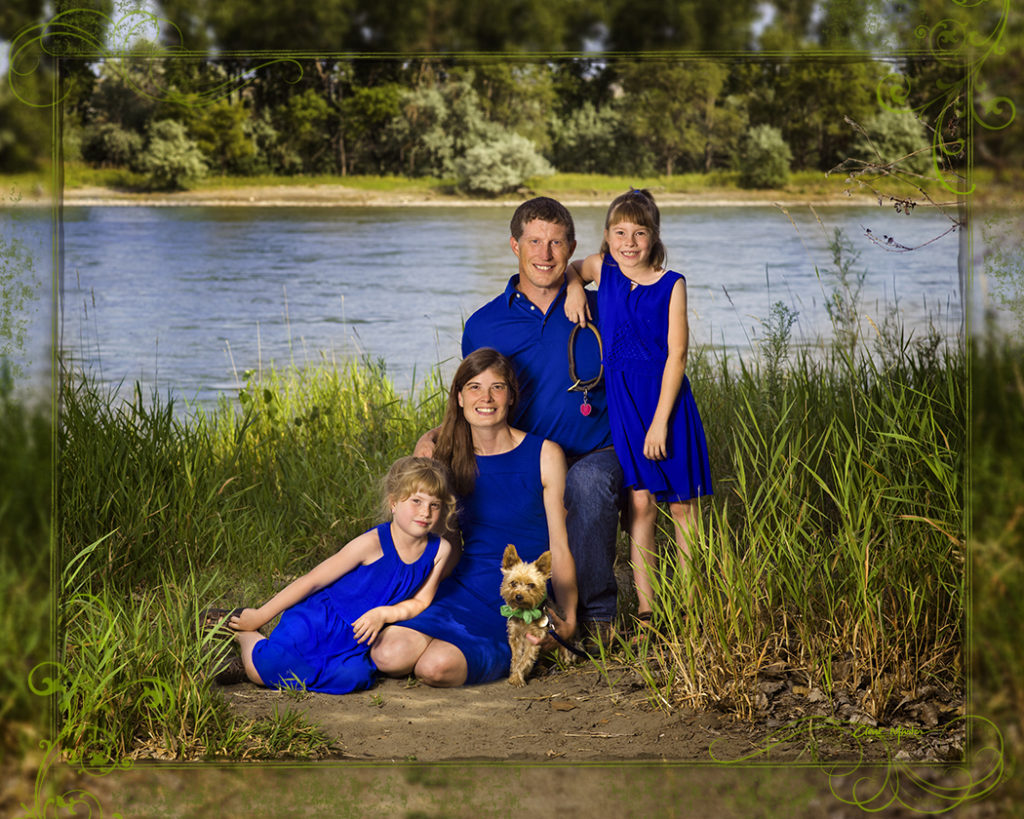 Jason and Stephanie (with daughters Katelynn and Makenzie) had been in town less than a month at the time we met with them for portraits, and they had already fit right into Billings. With pup Scooby in tow, we set off around the riverside. The girls took turns holding the collar of their recently passed pup, Sophie, so she could still be part of the family portrait.
The royal blue color palette they chose pulled tones from the river behind and visually united them as a family. At the river, Clark created a portrait that played up the family’s closeness, having Katelynn and Makenzie lean and lay on their parents. The image that melts our hearts, though, is the two sisters holding hands. As they laughed and chased along the riverside, their image froze just a moment of the childhood giggles they’ll look back on fondly.
These precious images will hang as a reminder of their first few weeks in Billings. They’ll remind this sweet family of the fleeting moments of childhood and new beginnings, and how together, they built a home. 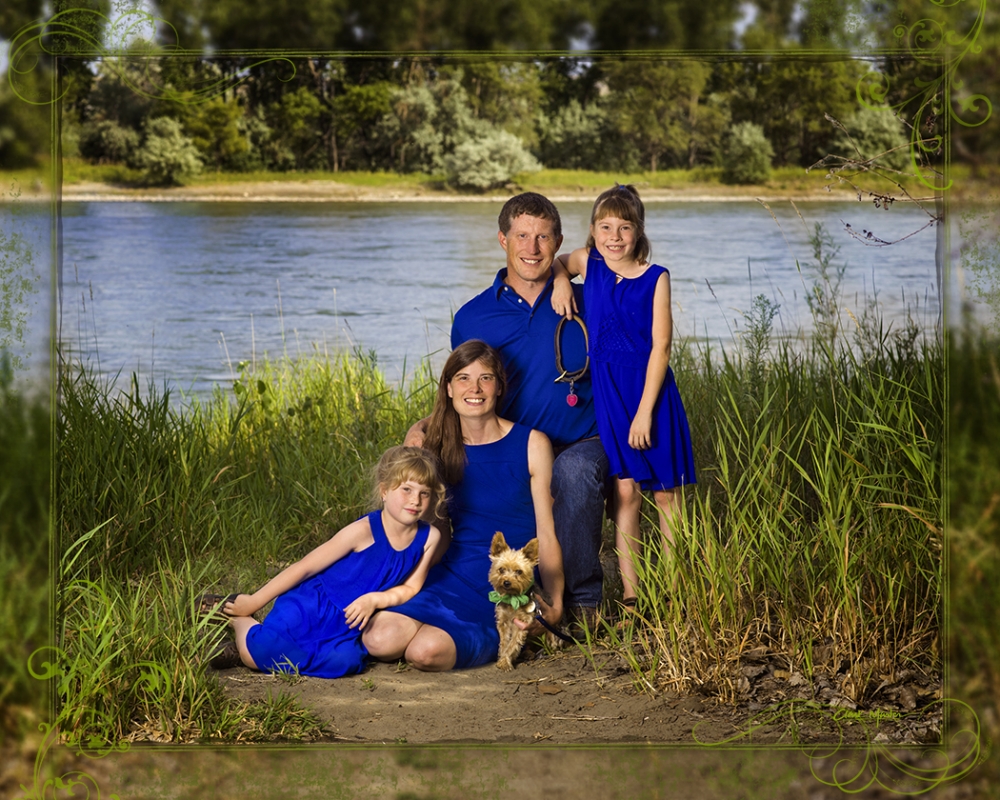 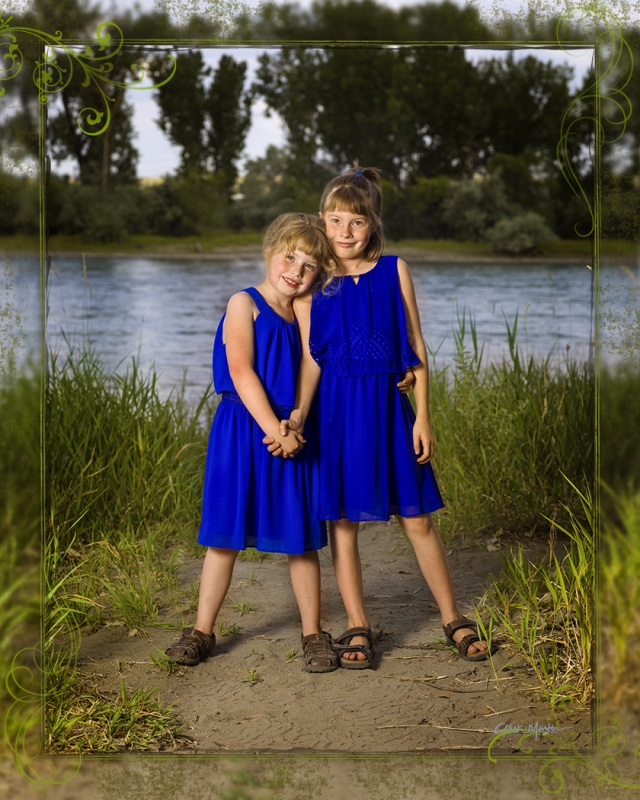 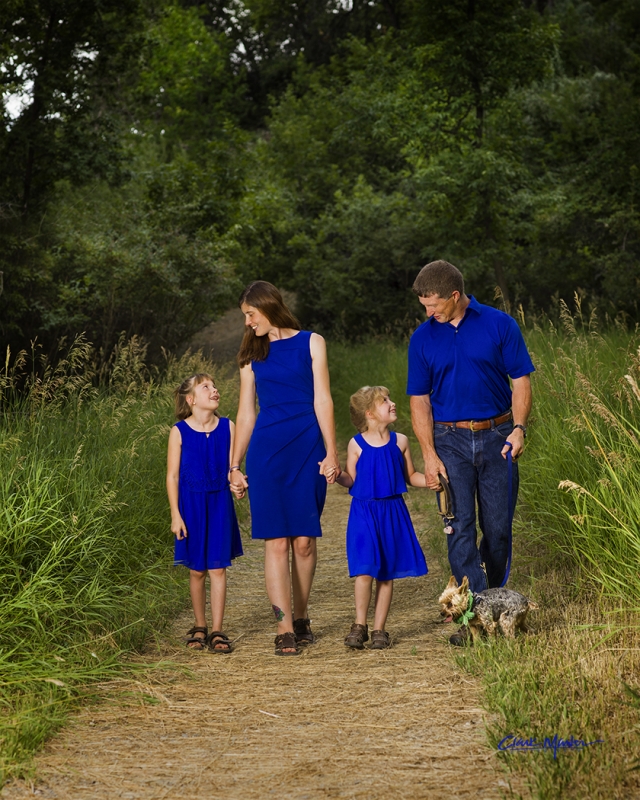